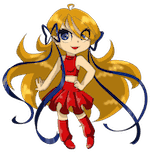 April 6th will be for the anime lovers. We will be screening FLCL’s (also called Furi Kuri) first season. We will show the 6 episodes with a short break halfway through. Come and enjoy this over-the-top surreal anime with us.
The first season of FLCL was directed by Kazuya Tsurumaki and produced by the FLCL Production Committee, which included Gainax, Production I.G, and Starchild Records.
Tsurumaki has said that he tried to “break the rules” of anime when making FLCL, for example, by choosing a contemporary Japanese band to provide the soundtrack, and patterning the style more after “a Japanese TV commercial or promotional video”, creating a work that is “short, but dense-packed”.
*RESERVATIONS can be made via husetsbio.reservation@mail.dk. Please include “FLCL” and the number of reservations desired in the subject line of your e-mail, and you will receive a quick confirmation with further info. If you have other questions contact Jack, our house manager, at jack.stevenson@mail.dk, or via 20297013 as a second option. No SMS.
14:00 = CAFÉ & TICKET COUNTER opens / We have free (unnumbered) seating / Please remember we only accept cash and Mobile Pay / Tickets are 50 kr.
15:00 = FLCL, 2000-2001, dir. Kazuya Tsurumaki, 25 min. per ep. (6 episodes), original version in Japanese with English subtitles.
Naota Nandaba is an ordinary sixth grader living in a city where nothing amazing ever seems to happen. After his brother Tasuku leaves town to play baseball in America, Naota takes it upon himself to look after everything Tasuku left behind — from his top bunk bed to his ex-girlfriend Mamimi Samejima, who hasn’t stopped clinging to Naota since Tasuku left.
Little does Naota know, however, that his mundane existence is on the verge of being changed forever: enter Haruko Haruhara, a Vespa-riding, bass guitar-wielding, pink-haired psychopath whose first encounter with Naota leaves him with tire tracks on his back and a giant horn on his head. Though all he wants is some peace and quiet, when Haruko takes up residence at his parents’ home, Naota finds himself dragged into the heart of the greatest battle for supremacy that Earth — and quite possibly the entire universe — has ever seen. (source: My Anime List)